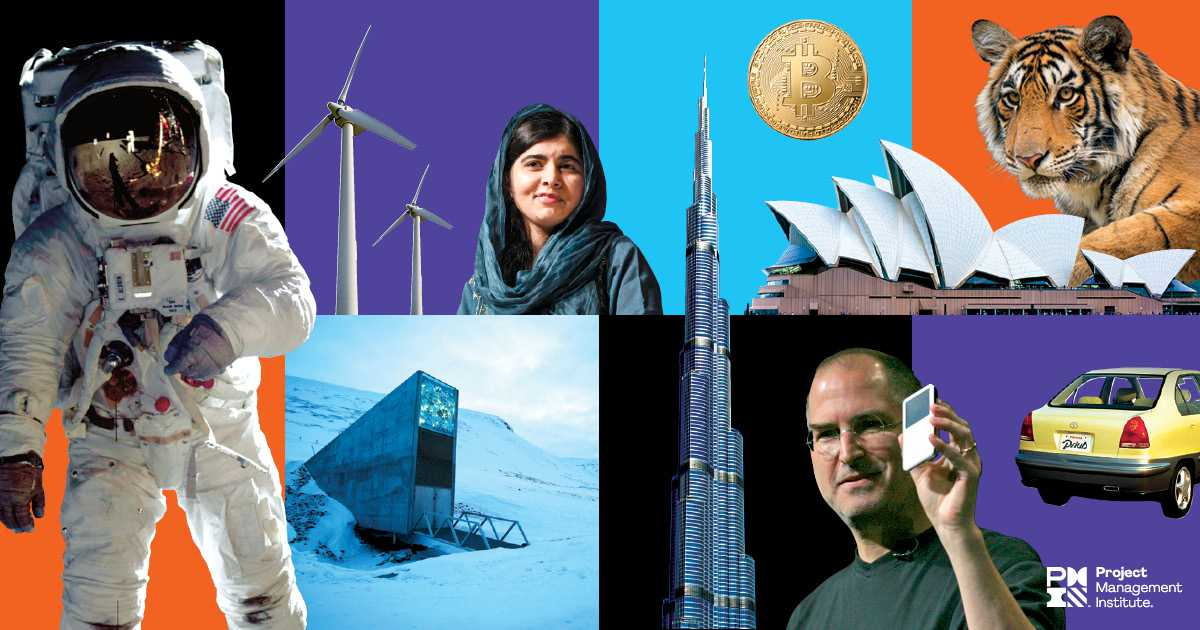 According to the Harvard Business Review, it is estimated that by 2027 some 90 million people worldwide will be working in project management, and the annual global value of project-based economic activity, or what is also known as the project economy, will have reached 20 trillion dollars. But research shows that only 35% of projects done globally are successful, which means we’re wasting a huge amount of time, money and opportunity.

During the 20th century, the Operations areas, which involve the “functioning” of organizations, that is, the management of the present, created enormous value, and they did so through advances in efficiency and productivity. But for most of the current century, productivity growth in the major Western economies has been nearly flat, despite the explosion of the Internet, shorter product life cycles, and exponential advances in artificial intelligence and robotics.

Meanwhile, the Projects, which involve the “change” of organizations, that is, the management of the future, increasingly drive both short-term performance and long-term value creation, through small, more frequent organizational transformations, more agile development of new products, faster adoption of new technologies, etc. This is a worldwide phenomenon. In Germany, for example, since 2009 projects have increased steadily as a percentage of GDP, and in 2019 they represented up to 41% of the total. Precise data for other countries is hard to come by, but similar percentages are likely to be found in most other Western economies. And these percentages are undoubtedly even higher in China and other Asian economies, where project-based work has long been an important source of growth, and is becoming more so.

Forward-thinking companies have recognized the organizational implications of this new trend. “Soon we will no longer have job descriptions…” a senior IBM Human Resources executive recently noted “…we will just have roles for each executive on ongoing projects.” According to the famous management guru, Roger Martin, “The average person in an office thinks that their work life consists of a regular, stable and predictable way of working, and that the projects their organization embarks on are occasional and get in the way of success.” in your day to day. The reality is the opposite: in organizations, the entire decision process should start to be thought of as nothing more than projects.”

Some companies are already beginning to make this change. In 2020, Mohamed Alabbar, founder and chairman of Emaar, the giant Dubai-based property developer, announced that as part of a shift to project-based work, the company had eliminated all traditional job titles, including his own, and that employees would now be defined not by the department they belonged to but by the projects they worked on. In a similar move, The Richards Group, one of the largest ad agencies in the United States, has eliminated nearly all of its managerial layers and job titles and now refers to most of its employees as project managers.

This transformation to a project economy will have profound organizational and cultural consequences. And the great challenge today is that many leaders still do not appreciate the value of projects and dismiss them as a waste of time. Leaders may not value project management because they feel its methods are too complex to apply easily, or because project managers are stigmatized as generators of worthless paperwork, which can create the impression that its function is mainly administrative. But dismissing the importance and potential of the projects for these reasons is a monumental mistake. Let’s look at the number lines above: we are talking about 20 trillion dollars per year (a number 20 followed by twelve zeros); the stakes are too high. When executives ignore project management, products are released late, strategic initiatives don’t pan out, and business transformations fail, putting the very future of the organization at serious risk.

What to do then?

It is often said that to succeed in times of change, companies must be organizationally ambidextrous or, as academics say, they must balance exploiting current capabilities (operations) with exploring new capabilities (projects). In other words, they need to simultaneously focus on managing the organization and changing it.

Running the Organization (Operations) is a dimension made up of the core activities of the business. It includes functions such as sales, customer service, finance, production, and IT. Most of the income and expenses generated by companies come from the organization’s operating activities. These functions are what keep the company alive. Running the business is about efficiency, productivity and speed. The focus is short-term, the objectives are primarily performance-based, and the structure is hierarchical. Culturally, the model is one of monitoring and control (vertical).

Changing the organization (Projects) is a completely different dimension and is the key to the future of the company. It includes all strategic and tactical initiatives and programs of the organization. Changing the business is about innovation, transformation, agility and long-term value creation. The objectives are more strategic, the structure is flat and project-based, and the results are less measurable than operational results. Culturally, the model is collaborative (horizontal).

The future belongs to organizations that can strike the right balance between management and change, but most leaders are much better at the former and therefore spend more time on it. That is a legacy of the 20th century, when, beginning in the 1920s and guided by the likes of Henry Ford and Frederick Taylor, most companies made productivity their number one guideline. They achieved this with a relentless focus on increasing efficiency, reducing costs, and increasing volumes and production. Because they primarily produced goods, they grew primarily organically: increasing production capacity, standardizing and automating processes, and entering new markets. Once a year, the leaders decided on strategies, projects, budgets, and operating plans, and then managed operations accordingly. All of this made operations extremely efficient. But efficiency has its drawbacks. By commodifying their processes, companies sacrificed elements of value in the medium and long term for speed. In some cases, they grew their businesses through acquisitions, at the expense of, or as a complement to, organic growth. That allowed them to speed up their product launch schedules or simply produce more. But there comes a point after which a strategy of more volume, more product launches, and more brand extensions just doesn’t work. Continued growth through increased efficiency becomes unsustainable, especially in times of uncertainty and rapid change. That is where we stand today.

The operating rhythm that prevailed for more than a century is out of touch with reality. Every organization, public or private, now operates in an environment of continuous and sometimes disruptive change. Projects used to be temporary and operations permanent, but now the opposite is true: operations buoy the ship temporarily, but change is permanent. Anticipating, managing and promoting change thus become the main directives. And the projects are precisely the basis of that.