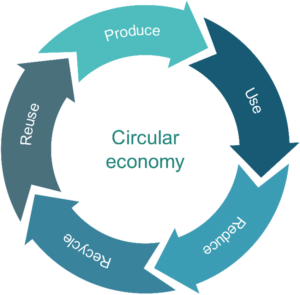 Manufacturing is a one-way business. Raw materials enter a factory and finished products leave. And once those finished products have been sold, producers generally wash their hands of it. They do not care, unless required by law, how the products are disposed of. Today we know that most products, once their useful life is over, end up in landfills where they are burned or rot, which pollutes the planet. In just 50 years, global consumption of raw materials has almost quadrupled, to more than 100 billion tons annually, according to the World Economic Forum’s latest Circularity Gap Report, of which less than 9% is reused, which results in an immense waste of materials.

The industry talks about sustainability and recycling, but in many cases it is empty talk aimed at improving the image of brands. However, in a circular economy scenario, financial results can benefit from “green” initiatives. This is especially true for electric car battery factories, or gigafactories. The term was originally coined by Tesla, an emblematic American producer of electric vehicles, for its battery factory in Nevada; the name relates to an annual output measured in gigawatt-hours (GWh) of battery storage capacity. Every car manufacturing country wants to have gigafactories. Batteries are the most expensive part of an electric car, so making them is lucrative. But they contain materials like lithium, cobalt, manganese and nickel that are expensive and can be difficult to source, so supply chains can become long and complicated. And buyers also risk being trapped by cumbersome environmental and labor regulations from their suppliers. So reusing materials makes sense.

Being new, most battery factories have been designed, from the ground up, with recycling in mind. The result is a circular production process, not a linear one. The idea is that once batteries reach the end of their useful life, they should be returned to a factory where their ingredients can be recovered and made into new batteries (see sciencedirect.com graphic attached below). Not all battery factories are yet examples of the circular economy, but they are laying the groundwork. Northvolt, a Swedish battery manufacturer, aims to produce 150 GWh of batteries by 2030, enough to power some 2 million electric vehicles, from the three production plants it is setting up. By then, about half of its raw materials will come from recycling old batteries. Northvolt is not the only case. Through the use of recycling, renewable energy and other measures, CATL, a Chinese company and the world’s largest producer of batteries for electric vehicles today, believes it should eventually be possible to reduce a battery’s carbon footprint to zero. 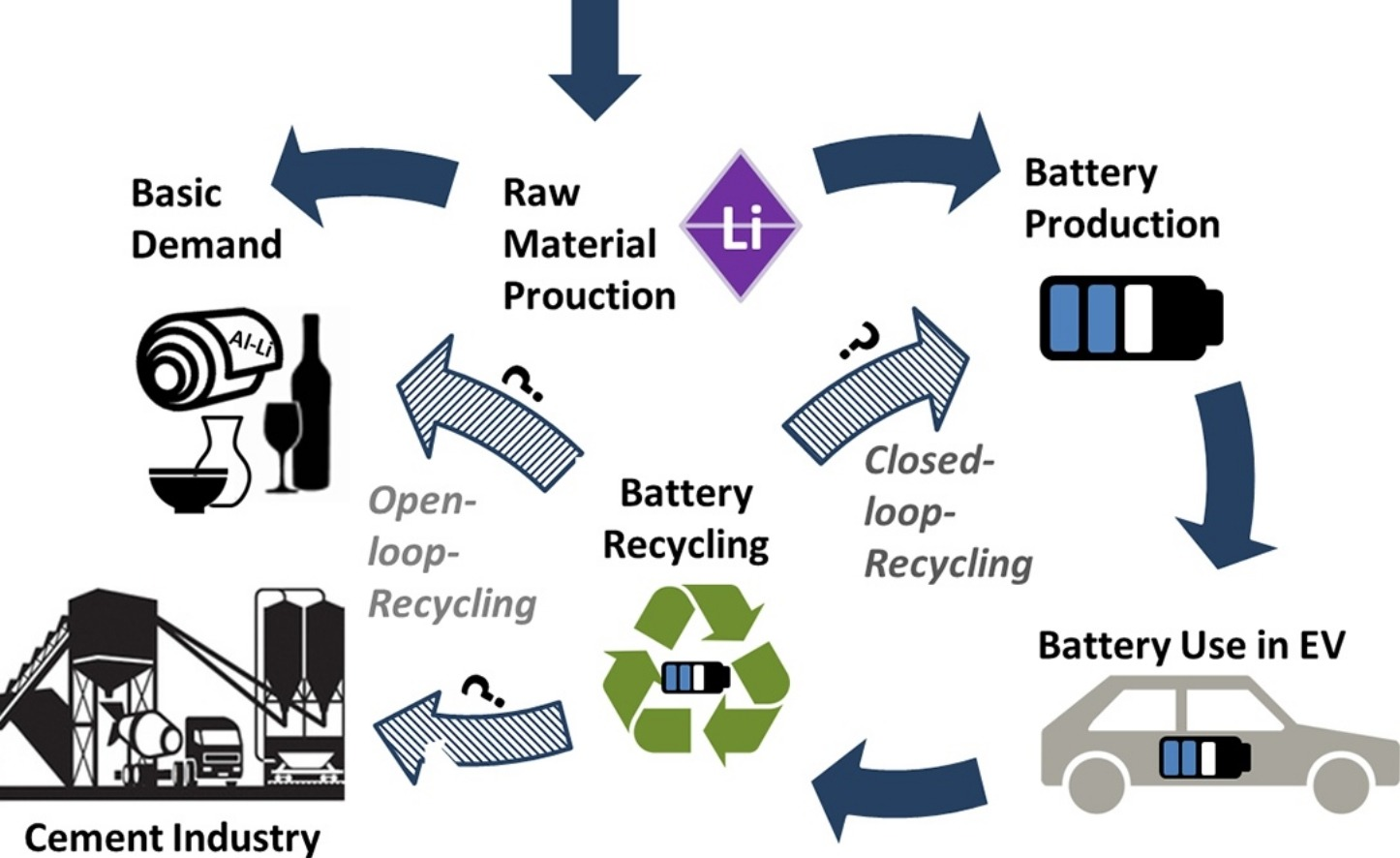 Automakers, such as Groupe Renault and Stellantis (owner of the Fiat, Chrysler and Peugeot brands), are setting up circular economy businesses. This is not just for batteries, but also for repairing and reconditioning parts and vehicles. Each of these operations, their bosses estimate, will have annual revenues of more than $2 billion by the end of the decade and will be profitable. Renault estimates that around 85% of a car is potentially recyclable, but only 20-30% of the materials in new vehicles come from recycled material. Circular manufacturing would greatly increase that share.

Could other industries do something similar? Definitely. Fast fashion is an example of a notoriously wasteful industry, in which many gently used clothes are burned or thrown away. The United States Environmental Protection Agency estimates that the recycling rate for clothing and footwear is only 13%. One of the reasons is due to the use of mixed textiles, which are difficult to recycle. But clothing companies could, like the gigafactories, redesign their processes to use fibers that are easier to handle. The electronics industry is another business that generates heaps of waste, even though circuits contain precious materials like gold and silver, and electric motors are made from exotic rare-earth metals like neodymium and dysprosium. Fortunes can still be made in urban mining from last year’s gadgets.