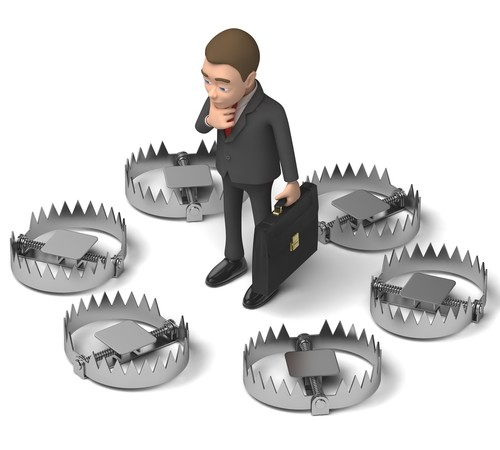 All executives know that strategy is important. But almost all also find it scary, because it forces them to confront a future they can only guess at. Worse, actually choosing a strategy entails making decisions that explicitly cut off possibilities and options. An executive may well fear that getting those decisions wrong will wreck his or her career.

The natural reaction is to make the challenge less daunting by turning it into a problem that can be solved with tried and tested tools. That nearly always means spending weeks or even months preparing a comprehensive plan for how the company will invest in existing and new assets and capabilities in order to achieve a target—an increased share of the market or a share in some new one. The plan is typically supported with detailed spreadsheets that project costs and revenue quite far into the future. By the end of the process, everyone feels a lot less scared.

This is a truly terrible way to make strategy. It may be an excellent way to cope with fear of the unknown, but fear and discomfort are an essential part of strategy making. In fact, if you are entirely comfortable with your strategy, there’s a strong chance it isn’t very good. You’re probably stuck in one or more of the traps I present in this article. You need to be uncomfortable and apprehensive: True strategy is about placing bets and making hard choices. The objective is not to eliminate risk but to increase the odds of success.

Trap 1: Strategy, planning or both?

Virtually every time the word “strategy” is used, it is paired with some form of the word “plan,” as in the process of “strategic planning” or the resulting “strategic plan.” The subtle slide from strategy to planning occurs because planning is a thoroughly doable and comfortable exercise.

Strategic plans all tend to look pretty much the same. They usually have three major parts. The first is a vision or mission statement that sets out a relatively lofty and aspirational goal. The second is a list of initiatives—such as product launches, geographic expansions, and construction projects—that the organization will carry out in pursuit of the goal. This part of the strategic plan tends to be very organized but also very long. The length of the list is generally constrained only by affordability. The third element is the conversion of the initiatives into financials. In this way, the plan dovetails nicely with the annual budget. Strategic plans become the budget’s descriptive front end, often projecting five years of financials in order to appear “strategic.” But management typically commits only to year one; in the context of years two through five, “strategic” actually means “futuristic.”

Mistaking planning for strategy is a common trap. Even board members, who are supposed to be keeping managers honest about strategy, fall into it. They are, after all, primarily current or former managers, who find it safer to supervise planning than to encourage strategic choice. Moreover, Wall Street is more interested in the short-term goals described in plans than in the long-term goals that are the focus of strategy. Analysts pore over plans in order to assess whether companies can meet their quarterly goals.

Trap 2: Revenues, costs or both?

Costs are comfortable because they can be planned for with relative precision. This is an important and useful exercise. Many companies are damaged or destroyed when they let their costs get out of control. The trouble is that planning-oriented managers tend to apply familiar, comfortable cost-side approaches to the revenue side as well, treating revenue planning as virtually identical to cost planning and as an equal component of the overall plan and budget. All too often, the result is painstaking work to build up revenue plans salesperson by salesperson, product by product, channel by channel, region by region. 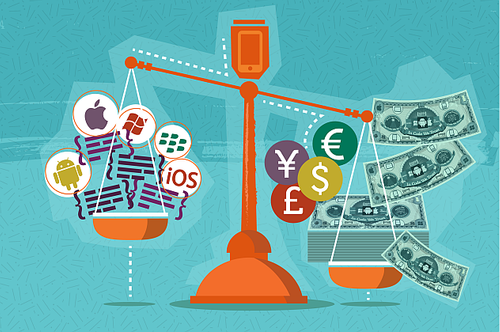 But when the planned revenue doesn’t show up, managers feel confused and even aggrieved. “What more could we have done?” they wonder. “We spent thousands upon thousands of hours planning.”

There’s a simple reason why revenue planning doesn’t have the same desired result as cost planning. For costs, the company makes the decisions. But for revenue, customers are in charge. Except in the rare case of monopolies, customers can decide of their own free will whether to give revenue to the company, to its competitors, or to no one at all. Companies may fool themselves into thinking that revenue is under their control, but because it is neither knowable nor controllable, planning, budgeting, and forecasting it is an impressionistic exercise.

The bottom line, therefore, is that the predictability of costs is fundamentally different from the predictability of revenue. Planning can’t and won’t make revenue magically appear, and the effort you spend creating revenue plans is a distraction from the strategist’s much harder job: finding ways to acquire and keep customers.

This trap is perhaps the most insidious, because it can snare even managers who, having successfully avoided the planning and cost traps, are trying to build a real strategy. In identifying and articulating a strategy, most executives adopt one of a number of standard frameworks. Unfortunately, two of the most popular ones can lead the unwary user to design a strategy entirely around what the company can control. 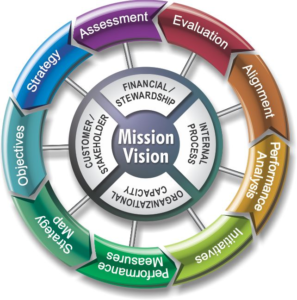 In 1978 Henry Mintzberg published an influential article in Management Science that introduced emergent strategy, a concept he later popularized for the wider nonacademic business audience in his successful 1994 book, The Rise and Fall of Strategic Planning. Mintzberg’s insight was simple but indeed powerful. He distinguished between deliberate strategy, which is intentional, and emergent strategy, which is not based on an original intention but instead consists of the company’s responses to a variety of unanticipated events.

Mintzberg’s thinking was informed by his observation that managers overestimate their ability to predict the future and to plan for it in a precise and technocratic way. By drawing a distinction between deliberate and emergent strategy, he wanted to encourage managers to watch carefully for changes in their environment and make course corrections in their deliberate strategy accordingly. In addition, he warned against the dangers of sticking to a fixed strategy in the face of substantial changes in the competitive environment.

All of this is eminently sensible advice that every manager would be wise to follow. However, most managers do not. Instead, most use the idea that a strategy emerges as events unfold as a justification for declaring the future to be so unpredictable and volatile that it doesn’t make sense to make strategy choices until the future becomes sufficiently clear. Notice how comforting that interpretation is: No longer is there a need to make angst-ridden decisions about unknowable and uncontrollable things. A little digging into the logic reveals some dangerous flaws in it. If the future is too unpredictable and volatile to make strategic choices, what would lead a manager to believe that it will become significantly less so?

In 1984, six years after Mintzberg’s original article introducing emergent strategy, Birger Wernerfelt wrote “A Resource-Based View of the Firm,” which put forth another enthusiastically embraced concept in strategy. But it wasn’t until 1990, when C.K. Prahalad and Gary Hamel wrote one of the most widely read HBR articles of all time, “The Core Competence of the Corporation,” that Wernerfelt’s resource-based view (RBV) of the firm was widely popularized with managers. RBV holds that the key to a firm’s competitive advantage is the possession of valuable, rare, inimitable, and non-substitutable capabilities. This concept became extraordinarily appealing to executives, because it seemed to suggest that strategy was the identification and building of “core competencies,” or “strategic capabilities.” Note that this conveniently falls within the realm of the knowable and controllable. Any company can build a technical sales force or a software development lab or a distribution network and declare it a core competence. Executives can comfortably invest in such capabilities and control the entire experience. Within reason, they can guarantee success.

The problem, of course, is that capabilities themselves don’t compel a customer to buy. Only those that produce a superior value equation for a particular set of customers can do that. But customers and context are both unknowable and uncontrollable. Many executives prefer to focus on capabilities that can be built—for certain. And if those don’t produce success, capricious customers or irrational competitors can take the blame.

The only sure way to improve the hit rate of your strategic choices is to test the logic of your thinking: For your choices to make sense, what do you need to believe about customers, about the evolution of your industry, about competition, about your capabilities? It is critical to write down the answers to those questions, because the human mind naturally rewrites history and will declare the world to have unfolded largely as was planned rather than recall how strategic bets were actually made and why. If the logic is recorded and then compared to real events, managers will be able to see quickly when and how the strategy is not producing the desired outcome and will be able to make necessary adjustments—just as Henry Mintzberg envisioned.